Yes, it might have taken a LOT longer than I'd originally planned, but I finally got there! And now my latest novel - THE BODYGUARD - has at last got a release date! 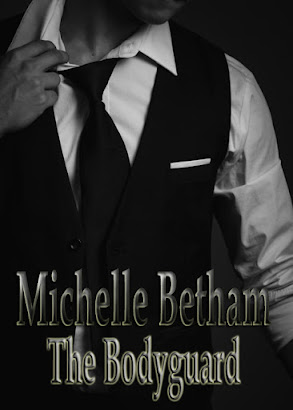 My new romantic suspense will be out APRIL 20th, and it's available to PRE-ORDER RIGHT NOW at the SPECIAL PRE-ORDER PRICE OF JUST 99p/99c! The price WILL go up on release day, so reserve your copy now! To Buy links are at the bottom of this post.

So, do you want to know more about this new book of mine? Then check out the bookblurb below...

I always knew my father wasn't a good man.

The things he did weren't good.

The people he knew, they weren't good people.

But the one thing he'd always promised me was that I'd be safe. And I'd believed him. I'd never needed protecting from the shit my family was involved in, until the day Bodie Bekker was assigned, by my father, to shadow my every move; protect me from a threat nobody seemed in any hurry to tell me about.

Just like that I had my very own bodyguard. A stranger I didn't need, want, or welcome. A tall, arrogant, handsome stranger... But I sure as hell didn't need protecting. And, yeah, I told him that. But he didn't listen.

He accepted my stubborness.

He never gave up.

And I didn't know it at the time, but, he couldn't, give up. Because he wasn't just protecting me.

So did my family.

And somewhere in the middle was me, falling for a man I had no business going anywhere near, while my entire world was about to be torn apart...

Babysitting an entitled princess wasn't my idea of fun, but I didn't get to pick and choose the jobs I was given. I went where I was told, but Lena Nielsen, man, she was a piece of work. In the beginning.

Neither of us wanted to be in the situation we found ourselves in, and neither of us had a choice. That's all we had in common. In the beginning.

But, as it turned out, she wasn't really the entitled princess I'd assumed she'd be. She was smart. Funny. Beautiful... And I shouldn't have let her get under my skin, the stakes were too high. Too dangerous. And I should've known better, given my past. I should've drawn that line and stayed behind it but I didn't. Couldn't.Wouldn't. But I should've.

My job wasn't as simple as just protecting her. Keeping her safe was just the beginning, she had no idea what she was really being protected from; the lies that were being told. The secrets people were keeping. The danger they were putting her in. She had no idea that I was only adding to that danger, because once those lies were exposed; those secrets revealed, all hell was going to break loose.

Keeping her safe was just the beginning.

Falling in love was the mistake.

Telling the truth was the only way out. 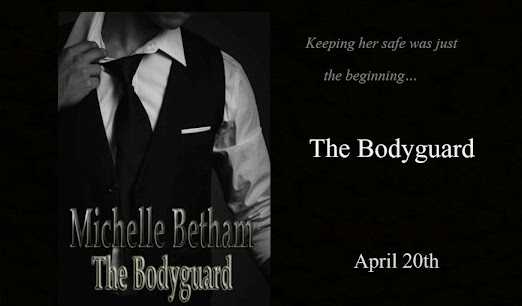 You can also try-before-you-buy and read the FIRST TWO CHAPTERS of The Bodyguard FOR FREE!
👇
The Bodyguard - Chapters One & Two

THE BODYGUARD To Buy Links:-

I really hope you all enjoy reading Bodie and Lena's story as much as I enjoyed writing it. And there's not to long wait now, so, until April 20th, take care everyone! Speak soon...

Yes, it might have taken a LOT longer than I'd originally planned, but I finally got there! And now my latest novel - THE BODYGUARD - ha...

Michelle Betham
I'm an ex-media technician turned author of super-sexy romance, usually involving rock stars, DJs, movie stars, hot businessmen, and bikers. But not usually all in the same book. Yet. A proud indie author, I also have six books published through One More Chapter, a division of HarperCollins Publishers, one of which is a pyschological thriller/romantic suspense written under the pen name of ML Roberts. Addicted to binge-watching TV shows I struggle to think of a life before Netflix or Amazon Prime, I love music - especially rock and EDM; tattoos – of which I have many; spicy food, and Keanu Reeves – a crush that’s lasted well over 20 years, and one I blame entirely on Point Break. The original. I refuse to acknowledge any remake exists. I live in County Durham, north-east England, with my husband and our West Highland Terrier, Opie. I can be found, most days, at my desk drinking tea and making up stories. 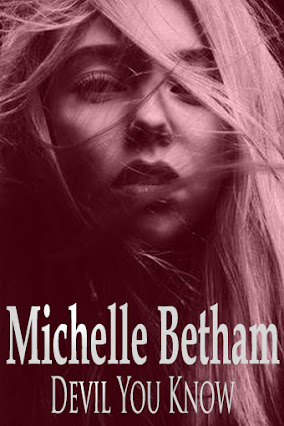 All of my books are available over on Amazon. 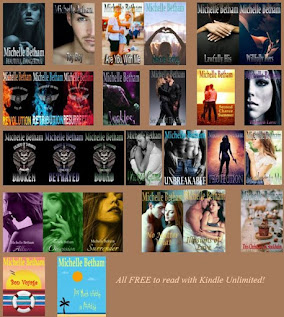 And every single self-published book is FREE to read with Kindle Unlimited!